Speak to Pitch Perfect in the Crystal Kingdom

Long (12 to 28 interactions, depending on player's choices)

LoE writing team
The Rehearsal Roundup quest can be started by talking to Pitch Perfect, who can be found on the road entering the Crystal Kingdom through the southwest entrance. Despite it being the longest quest in terms of interactions, it doesn't offer much reward upon it's completion.

When the player talks with Pitch Perfect, they will learn that she is preparing for the Crystal Song Choir with another pony named Choral Codex. However, the both of them seem stressed about it, and they ask for the player's assistance in recruiting ponies for the choir.

Journal: Pitch Perfect and Choral Codex are preparing for the Crystal Song Choir, but they want me to spread the word about it. To do that, I'll need to recruit as many ponies for the choir, as I can, by giving them sheet music.

Pitch Perfect hands over twenty six pieces of Song Sheet Music to the player for giving out to the ponies that are willing to join the choir. The player has to recruit at least fifteen ponies before being able to complete the quest. However, recruiting all twenty six ponies will allow the player to obtain the maximum rewards for the quest.

List of ponies not willing to join the choir, talking to them is optional:

Journal: I gave out 15 sets of sheet music. If I'm feeling lazy, I can return to Pitch Perfect and get my reward, though it probably will be lesser.

Journal: My mission here is accomplished! I successfully spread the word about Crystal Song Choir, and Pitch Perfect, the Royal Choirmistress, was more than happy to hear that. 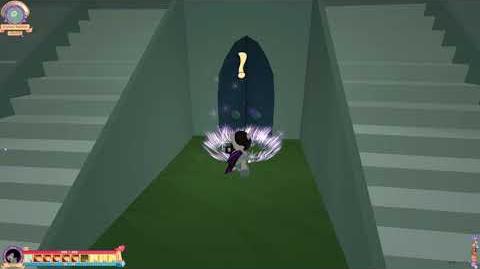 Legends of Equestria - Rehearsal Roundup - Walkthrough
A walkthrough of this quest.
Community content is available under CC-BY-SA unless otherwise noted.
Advertisement