Legends of Equestria Wiki
Register
Don't have an account?
Sign In
Advertisement
in: Quests, The Heartlands, Ponydale

Talk to Foreshadow in The Heartlands

In the Shown Their Work quest, players can aid reclusive and moderately successful author Foreshadow in discovering what a good party is like, so she can write a pivotal scene in her newest book. This quest was introduced in the April 2015 version of the game.

Foreshadow can be found at her writer's retreat, a lonely house on a hill in The Heartlands overlooking the intersection of the paths to Ponydale, Midway Village, and Ferry Launch. She is so anxious that she has written herself into a corner with her newest book: A central dramatic scene is to take place at a great party, but since she cannot stand parties, she hasn't the slightest idea what a good party even looks like. (Her dialogue concerning parties makes this painfully obvious.) Since she has no time to rewrite the book to avoid the party scene, the player can offer to interview a party expert on the matter so she can write about a great party without ever having been to one.

Journal: Find Wobble Bass and ask him what it's like to experience a party.

The party expert in question is Wobble Bass in Ponydale, who, when spoken to by the player, attempts to put the concept into words, but fails, instead coming to the conclusion that the ideal party can not be described, only experienced.

Foreshadow is displeased at receiving this news, but accepting, and resolves to visit at least one party for research purposes before the continuation of her book. She rewards the player for their help with a signed 1st edition of her book, Catalepsy as well as 50 bits as thanks. The player also gains 300 XP in Partying. 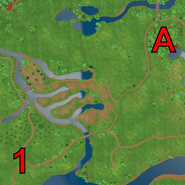 Locations in the Heartlands for the Shown Their Work quest 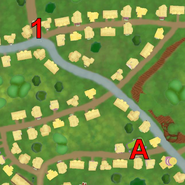 Locations in Ponydale for the Shown Their Work quest
Community content is available under CC-BY-SA unless otherwise noted.
Advertisement