Legends of Equestria Wiki
Register
Don't have an account?
Sign In
Advertisement
in: Article stubs, Places, Zones, The Frontier

This article is a stub. You can help Legends of Equestria Wiki by expanding it.

Snek in My Boot

The Frontier is a large wilderness map based on the Wild West.

Applewood is a small town and the entry to The Frontier; the portal is directly in front of the Applewood station.

Dodge Juncture is a tiny settlement on the end of the railroad track that runs to the north of Applewood. A single level 20 Pegasus Rock Golem can be found on a hill not far from the settlement.

The Cherry Ranch is an isolated farm house with a field of cherry trees directly west of Dodge Juncture.

The camp site is somewhat hidden in the mountains in the north east of The Frontier. A large camp fire lights up during nighttime.

In the mountain range north of Applewood, a jagged series of peaks marks the famous Iron Ridges. Known as one of the richest mother lodes in all of Equestria, ponies can find plentiful mining spots for Copper Ore, Tin Ore and Iron Ore.

Soaring high over the Frontier, this plateau can only be climbed via a rickety staircase that leads to a treacherous trail wrapping around the face of the cliff. Brave ponies who make the climb are rewarded with a spectacular view and the chance to mine Elementium Crystals. The entrance to the Applewood Mines is located at the bottom of the side of the plateau facing Dodge Juncture. 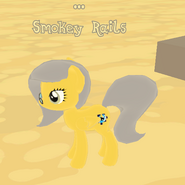 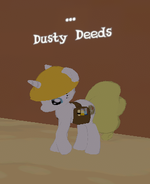 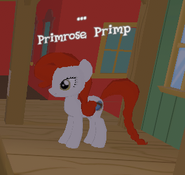 Applewood as seen from south west

Applewood as seen from north east

Dodge Juncture; in the top left, the Cherry Ranch can be seen

The camp site during daytime

The camp site at night 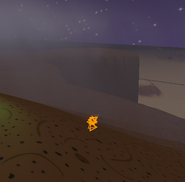 The massive plateau looming over the Frontier

The Applewood Mines is located to the south east of Dodge Juncture
Community content is available under CC-BY-SA unless otherwise noted.
Advertisement